On September 16th 2016, Shany Koren received the Ed Fisher Prize during the FMI annual meeting.Â The Ed Fischer Prize is awarded annually to a student at the FMI who has performed outstanding thesis work. It is named after Ed Fischer to acknowledge his 1992 Nobel Prize as well as his personal interest in the FMI. The prize was instigated in 1992. Here are the former awardees. 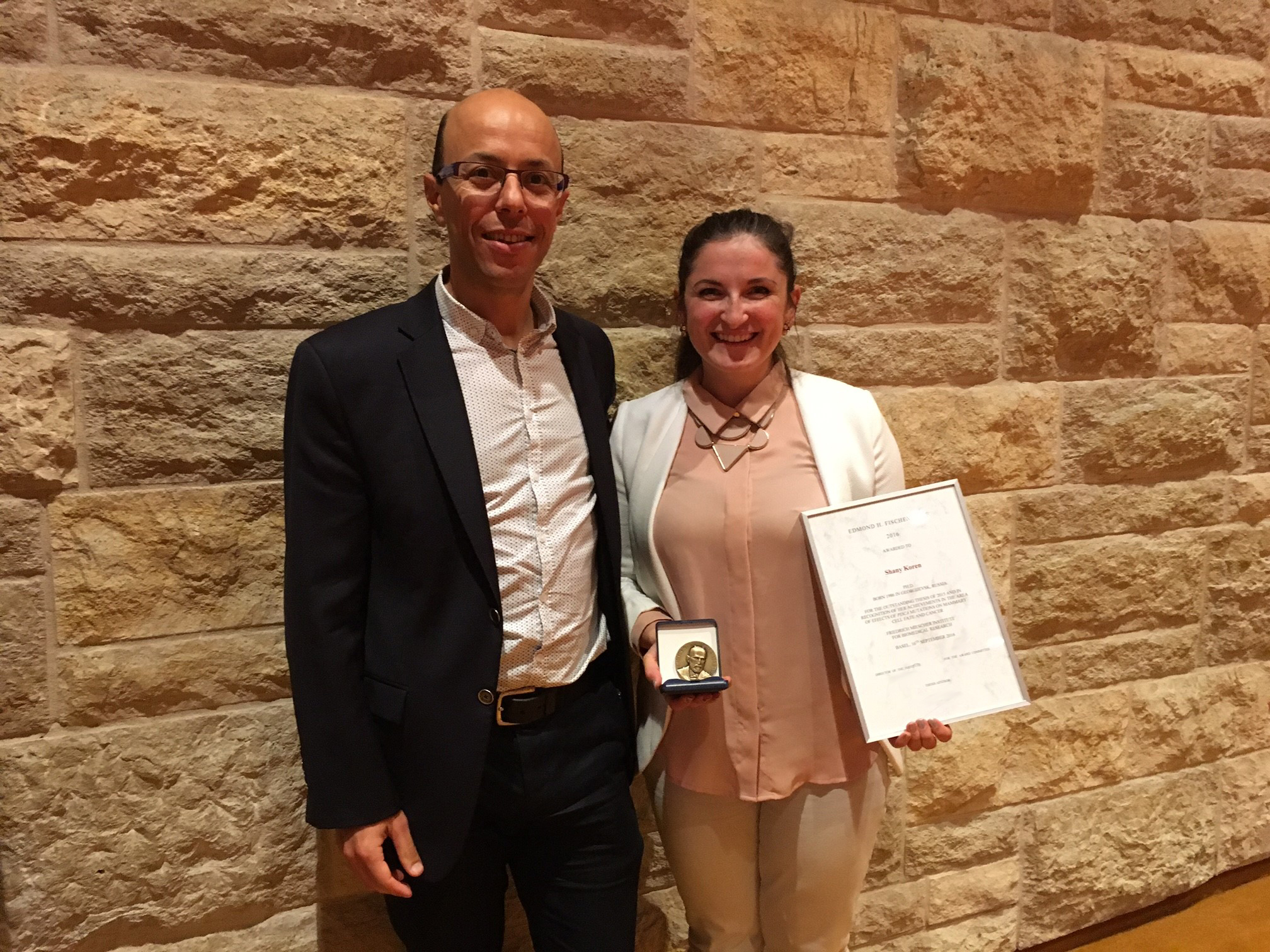