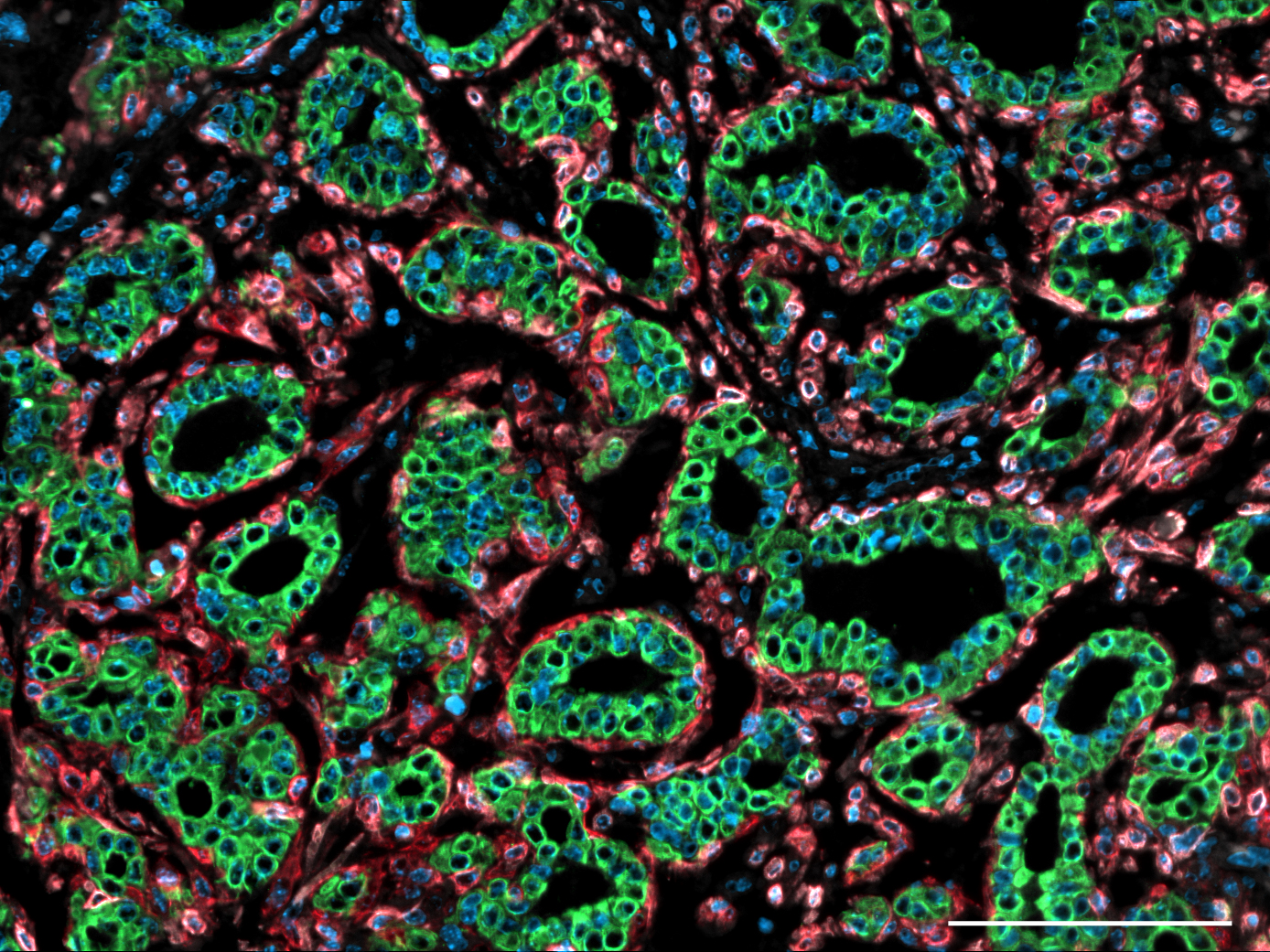 Breast cancer is diagnosed in 2.1 million women worldwide and 630,000 lives are lost to the disease annually, the vast majority due to metastasis. Curing metastatic breast cancer clearly represents an unmet medical need. Patients may do well after surgery and adjuvant treatment but drug-resistant, fatal metastases often develop. Critical to the phenomenon of resistance is tumor heterogeneity (Ramos and Bentires-Alj, Oncogene 2015, Koren and Bentires-Alj, Molecular Cell 2016) and this is the thread connecting the research in our lab.

Tumor heterogeneity impinges on prognosis, response to therapy, and metastasis and is one of the most important and clinically relevant areas of cancer research. Heterogeneity results from genetic and epigenetic alterations that enhance the plasticity and fitness of cancer cells in the face of hurdles such as the metastatic cascade and anti-cancer therapies. At the molecular, cellular, and whole organism levels, we assess mechanisms that influence normal and neoplastic breast stem cells, metastasis, and resistance to targeted therapies. 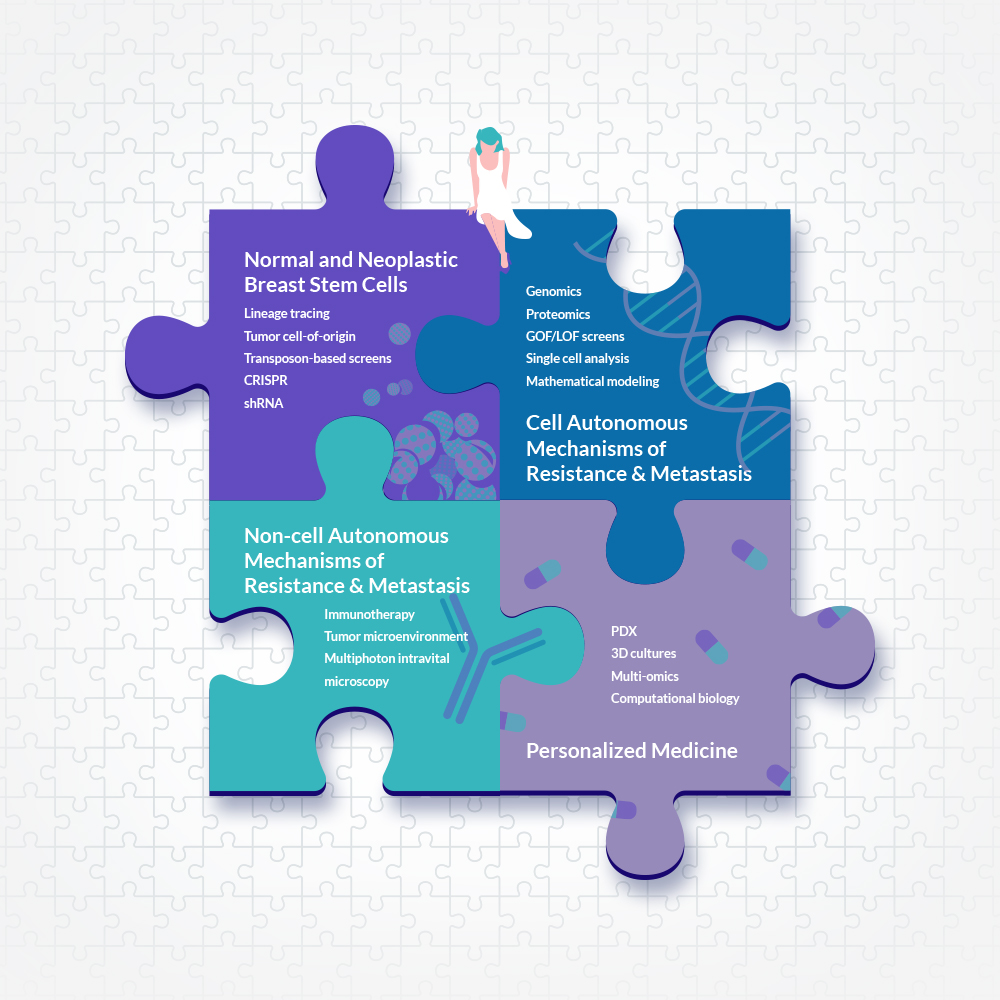 These interdisciplinary projects seek to elucidate the integrated effects of signaling pathways and epigenetics on breast cell fate and tumor heterogeneity, and to leverage this mechanistic understanding into therapy. To this end, we collaborate with clinicians and have built a Breast Cancer Personalized Medicine Team which should ultimately improve treatment for patients in Basel and throughout the world.